"You can't consume much if you sit still and read books."--from BRAVE NEW WORLD

"The world's stable now. People are happy; they get what they want, and they never want what they can't get. They're well off; they're safe; they're never ill; they're not afraid of death; they're blissfully ignorant of passion and old age; they're plagued with no mothers or fathers; they've got no wives, or children, or lovers to feel strongly about; they're so conditioned that they practically can't help behaving as they ought to behave. And if anything should go wrong, there's soma."―Mustapha Mond, the World Controller of Western Europe from BRAVE NEW WORLD

“A really efficient totalitarian state would be one in which the all-powerful executive of political bosses and their army of managers control a population of slaves who do not have to be coerced, because they love their servitude.”―from BRAVE NEW WORLD (1932)

In Brave New World, set in a dystopian London, Huxley portrays a society operating on the principles of mass production and Pavlovian conditioning.

He graduated from Balliol College at the University of Oxford with a first-class honours in English literature.

The author of nearly fifty books,[5][6] he was best known for his novels including Brave New World, set in a dystopian future;

for non-fiction works, such as The Doors of Perception, which recalls experiences when taking a psychedelic drug; and a wide-ranging output of essays. Early in his career Huxley edited the magazine Oxford Poetry and published short stories and poetry. Mid career and later, he published travel writing, film stories, and scripts.

He spent the later part of his life in the United States, living in Los Angeles from 1937 until his death. In 1962, a year before his death, he was elected Companion of Literature by the Royal Society of Literature.[7]

Huxley was a humanist, pacifist, and satirist. He later became interested in spiritual subjects such as parapsychologyand philosophical mysticism,[8][9] in particular universalism.[10] By the end of his life, Huxley was widely acknowledged as one of the pre-eminent intellectuals of his time.[11]

He was nominated for the Nobel Prize in Literature in seven different years.

A towering classic of dystopian satire, BRAVE NEW WORLD is a brilliant and terrifying vision of a soulless society—and of one man who discovers the human costs of mindless conformity. Hundreds of years in the future, the World Controllers have created an ideal civilization. Its members, shaped by genetic engineering and behavioral conditioning, are productive and content in roles they have been assigned at conception. Government-sanctioned drugs and recreational sex ensure that everyone is a happy, unquestioning consumer; messy emotions have been anesthetized and private attachments are considered obscene. Only Bernard Marx is discontented, developing an unnatural desire for solitude and a distaste for compulsory promiscuity. When he brings back a young man from one of the few remaining Savage Reservations, where the old unenlightened ways still continue, he unleashes a dramatic clash of cultures that will force him to consider whether freedom, dignity, and individuality are worth suffering for.

Aldous Huxley’s ingenious fantasy of a future of mechanical efficiency and engineered harmony has been enormously influential for generations, and is as provocative, powerful, and riveting as when it was first published in 1932. 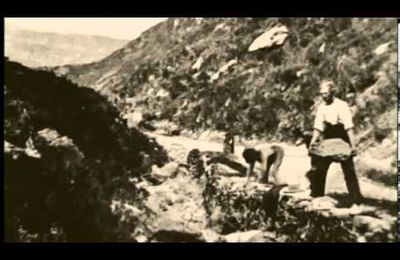